Indra – Plant Up The Land

Indra – Plant Up The Land 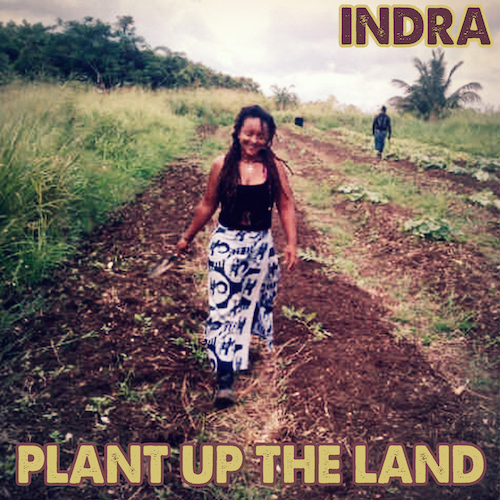 Plant Up The Land is the latest single from Indra’s forthcoming album Kingdom Call, which is due for release early 2023, produced by Kris Kemist for Reality Shock Records. Listen/Download: https://realityshock.bandcamp.com/album/plant-up-the-land

Indra (aka Indrani) is an award winning artist of indigenous Kalinago heritage hailing from the Caribbean island of Barbados. Her talents were discovered at an early age by the great Eddy Grant, who became her musical mentor as she went on to become a prolific backing vocalist, songwriter & vocal coach. Indra’s musical journey took her around the world, performing on some of the biggest stages as a background vocalist and representing the Caribbean at major music expos such as MIDEM in France, SXSW in Texas, WOMEX in Denmark & CME/UNESCO in Jamaica. She also wrote songs for many artists (including Mr Vegas’ hit song Sweet Jamaica) & coached hundreds of artists along the way. As a backing vocalist, Indra’s voice features on thousands of songs by many of the biggest names in the Caribbean music scene.

In 2012 after many years of travelling & touring, Indra spent the next chapter of her life living on a farm in the countryside of Barbados. She volunteered on a community farming project for The Sojourner Foundation, a charity who trained over 150 young people in organic sustainable farming. Indra describes how she learned the joy of farming: “Growing food is a beautiful thing. Being in creation listening to the birds singing while you water or plant something, working with your hands in the soil, tending the plants and watching them spring up and turn into food is amazing…and when you make a meal with what you grow, it’s a beautiful feeling that’s hard to put into words.”

Never has there been a more urgent time to educate ourselves & our future generations in the basic, often forgotten skills which are fundamental to our survival. ”Don’t be a slave to the system” which as we saw during the recent pandemic, could come to a halt at anytime. This may have been just the tip of the iceberg, with global conflicts, inflation, rising fuel prices & looming economic collapse. This year the United Nations warned that the world is “facing a global emergency of unprecedented magnitude” with hundreds of millions of people marching towards starvation. For many this warning will fall on deaf ears, but for those with fertile minds and willing hearts, start from where you are, work with what you have & take action now.. ”May the work of your hands be blessed and prosper”.